How delays work in Apilio in detail

You’ll find that many times your smart home setup is just what you need… if you could just add a small delay to better time some of the actions.

Adding a delay to your actions is something that Apilio can help you with. When running any automation logic, Apilio first checks a list of conditions and then runs a list of actions. You can specify a delay for each one of the actions in your list.

No coding is needed, you just need to specify the delay in Apilio and connect your IFTTT applets, your Tuya or Philips Hue actions. You can even add delays to webhook actions!

Let’s see how this is done.

Creating your list of actions (action chain) in your logicblock

Screenshot from Apilio showcasing an example with two actions, the second action is delayed 600 seconds, which is 10 minutes.722×700 25.5 KB
. 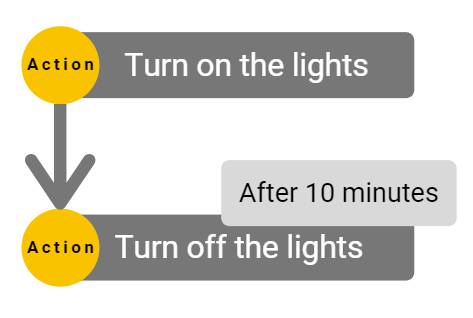 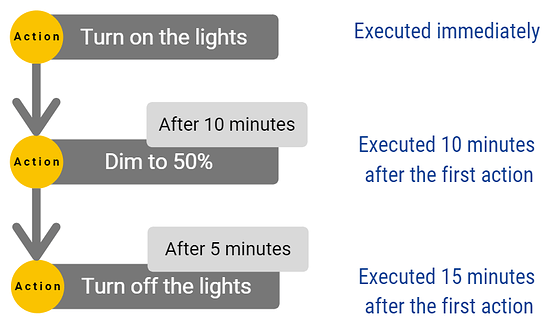 Ideas that use delays with actions and Apilio