How to update Apilio variables or run Logicblocks without using IFTTT

With our recent updated webhooks, you’ll be able to use these to update variables and run Logiblocks without leaving Apilio!

How to update a variable from a Logicblock

Where do I find the webhook URLs to update my variables or Logicblocks?

These can be found in the show view of any variable or Logicblock: 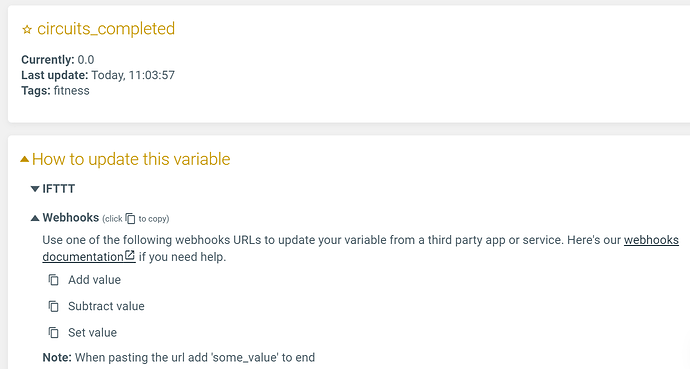 You will find more info and screenshots here:

Webhooks can be used to update your Apilio data and evaluate your Logiblocks from other apps and services, for example: iOS shortcuts (Siri), Tasker, Zapier, and many more. In this post we’ll see how we can use these handy URLs to update your data in Apilio from any third party service or apps that can handle webhooks. Webhooks URLs are in the show view for any variable or Logicblock These urls are always displayed in the “show” view for any element. [image] Update boolean variables via w…